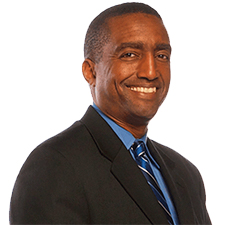 First Vice President, Chief Operating Officer, and Retail Payments Product Director of the Federal Reserve Bank of Atlanta. Responsible for leading the execution of the strategies set forth in the Bankâs strategic plan as well as leading and overseeing the day-to-day operations of the Bank. Manages the product portfolio of the System-wide Retail Payments Office. Ensures the consistency and performance and quality metrics for cash services. Oversees the security and facilities management of the Atlanta bank and the five district branch offices. Oversees information technology ensuring effective balance of innovation and security risk mitigation.

Marc joined CLS in December 2019 as CEO. His career spans more than three decades in market infrastructure roles, positioning him well to lead CLS through the next phase of its evolution as it continues to strengthen its resilience, control functions and infrastructure as well as drive the uptake of its settlement, processing and data solutions.

Before joining CLS, Marc spent over 20 years at the European Central Bank (ECB) where most recently, he was a Director General, Market Infrastructure, responsible for defining and steering the implementation of policies in market infrastructure and payments. He also held a number of other senior roles during his time at the ECB; he managed the T2S Programme and, before that managed dossiers related to the promotion of market integration and the definition of the Eurosystemâs operational framework. As Chairman of the European System of Central Banks Market Infrastructure and Payments Committee, and member of the BIS Committee for Payments and Market Infrastructure, he contributed significantly to the development of regulations and international standards for financial market infrastructures.

Prior to joining the ECB, Marc was Senior Advisor in the General Secretariat at Sicovam SA, the French central securities depository - now part of the Euroclear Group - which manages the French securities settlement system. Marc graduated from CERAM with a masterâs degree in Finance, having specialised in audit and post-market infrastructure. He has authored publications on market infrastructure integration and related issues, such as the euro repo market. 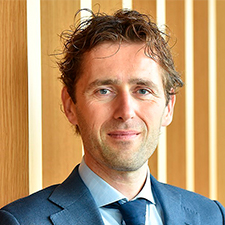 Rogier Besemer works at the Dutch Central Bank as Manager of the Cyber Unit. The unit consists of an intelligence team and the TIBER-NL test program (Threat Intelligence Based Ethical Red teaming). The aim of TIBER is to strengthen the cyber resilience of the Dutch core financial institutions against advanced attackers. Previously he worked as Cyber Resilience Expert at a Dutch commercial bank and before that for for the Dutch Ministry of Justice and Safety. He has led several public-private taskforces and was co-author of the Dutch National Cyber Security Strategy I and II. Rogier lives and works in Amsterdam. He has two children, a wife, a bicycle and no clogs. 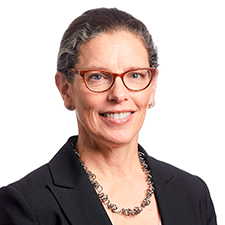 Tracey Black is the President and CEO of Payments Canada. Building on the organizationâs past success, Tracey provides the leadership to define the next stage of Payments Canadaâs evolution, supporting the payment needs of Canadian consumers and businesses, and empowering a new era of modern payments. Prior to Traceyâs appointment as President & CEO in March 2020, and since joining the organization in November 2018, Tracey was the Executive Director of Modernization, responsible for leading the modernization of the Canadian core clearing and settlement payment infrastructure. Tracey has held executive roles at TD Canada Trust and RBC Royal Bank, and has consulted extensively in the financial services industry as an independent consultant, and with McKinsey & Company. Previously, Tracey was the President of GFH Group Inc, where her responsibilities included the launch of chip cards (or smart cards) in Canada. Tracey has more than 20 years of professional experience with extensive industry knowledge and deep expertise in payments strategy and innovation. 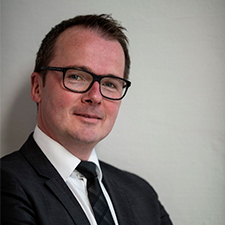 Dirkâ¯Bullmann coordinates FinTech work inside the European Central Bank (ECB) with a focus on market infrastructures. Since 2014, he has served as Adviser to the ECB Director of General Market Infrastructure and Payments. Mr.â¯Bullmann joined the ECB in 2000, and has worked in the areas of payment system operations, collateral policy issues and TARGET2-Securities. He was also the Secretary of theâ¯Eurosystem/ESCB Payment and Settlement Systems Committee (PSSC). 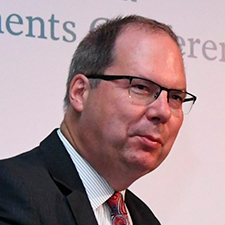 Jean-Michel Godeffroy is an independent consultant based in Paris. He retired from the European Central Bank in 2014, after 16 years as director general in charge of payment systems and market infrastructures. In this capacity, he played a key role in the successful implementation of the TARGET2 system, the RTGS for the euro area, and T2S, the integrated securities settlement system for Europe. He also contributed actively to the SEPA project, whose objective was to create uniform payments instruments in Europe. He chaired the Payment and Settlement Systems Committee of the Eurosystem and the T2S Board. He was a member of the G10/G20 CPSS (now CPMI). Jean-Michel started his career at Banque de France in 1982 where he was successively foreign exchange dealer, investment manager and banking supervisor. In 1989-1990, he was seconded to the Federal Reserve Bank of New York. Jean-Michel holds a degree from the Institut dâEtudes Politiques de Paris (SciencesPo) and an Economics degree from the University of PanthÃ©on-Sorbonne. 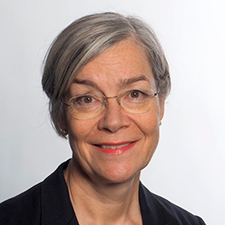 PÃ¤ivi Heikkinen is Head of Payment Systems Department and Chief Cashier in Bank of Finland. The Payment Systems Department is responsible for central bank duties in cash supply and for oversight of payments and payment and settlement systems in Finland. Payment Systems Department also analyses the impact of digitalization to financial sector and prepares Bank of Finland policies related to cash and payment systems. PÃ¤ivi has worked in various management positions both in private and public sector and she has been member in several Eurosystem working groups. Currently she is member in the Banknote Committee (BANCO) and Market Infrastructure and Payments Committee (MIPC). PÃ¤ivi has M.Sc. (econ.) from Turku School of Economics. 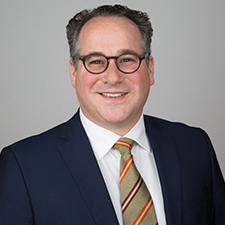 Leo Lipis is the founder of Lipis Advisors and has 25 years of experience in payment systems management, consulting, and research on all six continents. Prior to founding Lipis Advisors in 2007, he held positions in payments strategy and analysis at with commercial banks, clearing houses, and central banks. Leo works chiefly in transaction banking, payment system strategy and design, and treasury management. He has led numerous studies of payment system functionality, covering all types of payments in over 70 countries. Under his leadership, Lipis Advisors has completed engagements for more than 200 clients on topics ranging from payment product and marketing strategy, payment system analysis and design, operational improvement, risk management, regulatory compliance and many other topics. 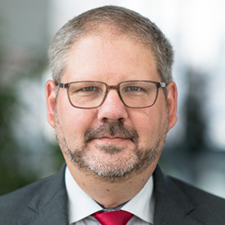 Klaus Martin LÃ¶ber is Head of Oversight of the European Central Bank, in charge of the oversight of financial markets infrastructures as well as of payments instruments and schemes. His areas of responsibility encompass also the ECBâs regulatory policy activities with a focus on the safety and efficiency of payments and market infrastructures, including risk management and cyber resilience. Prior to this, Mr LÃ¶ber was Head of the Secretariat of the Committee on Payments and Market Infrastructures, the global standard setting body in the area of payments, clearing and settlement. Earlier positions include the European Central Bank, the European Commission, Deutsche Bundesbank and private practice. Mr LÃ¶ber regularly lectures and publishes on financial markets, legal, regulatory and infrastructure issues. 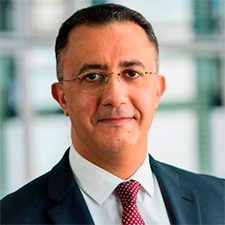 In January 2020, Mr. Mehdi Manaa was appointed as the CEO to BUNA the Arab Regional Payments System Organisation. Prior to his appointment, Mr. Manaa served as the Deputy Director General of the Market Infrastructure and Payments Directorate General at the European Central Bank (ECB). During his 12-year tenure at the ECB, Mr. Manaa held several other roles, including heading the Market Infrastructure Development Division as well as the T2S Programme, a program which he was involved in since its inception. Prior to his career at the ECB, Mr. Manaa held various managerial and advisory positions in the private sector focusing on payment solutions and financial market infrastructures. 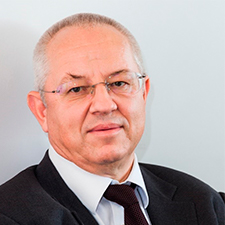 Since 2006 Jochen Metzger has been Director General âPayments and Settlement Systemsâ at Deutsche Bundesbank. He is responsible for all the Bundesbankâs banking and clearing operations including the evolution and running of T2 and T2S. His Directorate is also leading Bundesbankâs efforts in payment innovations, stable coins and use cases of CBDC.

Jochen is a member of the Market Infrastructure Board (MIB) at the ECB, the Committee on Payments and Market Infrastructures (CPMI) at the BIS, the CPMI-IOSCO Steering Group, and the Committee for Cooperative Oversight of CLS. As chair of the FSBâs Correspondent Banking Contact Group (CBCG) he is also an active contributor to the FSBâs Cross-border Payments Contact Group (CPC) and the G 20 roadmap to enhance cross-border payments. 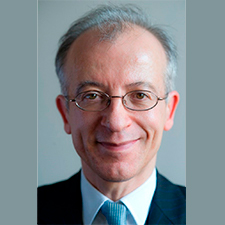 Christian Pfister is a former Banque de France Deputy Director General and Advisor to the Governor. He teaches at Sciences Po (Financial Stability, with FranÃ§oise Drumetz) and Paris 1 PanthÃ©on-Sorbonne (Cryptocurrencies and Monetary Economics, with Lionel Potier and Mariana Rojas-Breu).

PLEASE NOTE: This conference is closed to general media and off-record.